See this page, Ded Moroz, for Christmas celebrations in Russia where Christmas is celebrated on January 7.  The date is different because the Russian Orthodox church uses the old 'Julian' calendar for religious celebration days

NORAD Tracks Santa - ﻿the official Santa-tracking web site of the﻿ North American Aerospace Defense Command.  ﻿Here you can track Santa by radar, see photos of Santa, and listen to Christmas music by the United States Air Force bands and the Royal Canadian Artillery Band.  Many interesting facts and links here!﻿ 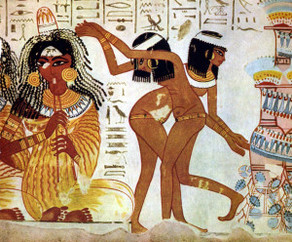 “In pagan Rome and Greece, in the days of the Teutonic barbarians, in the remote times of ancient Egyptian civilization, in the infancy of the race East and West and North and South, the period of the winter solstice was ever a period of rejoicing and festivity.”
–William Walsh

This web site has a vast amount of information on the origins of Christmas with connections going back to the ancient Babylonians and ancient Romans. 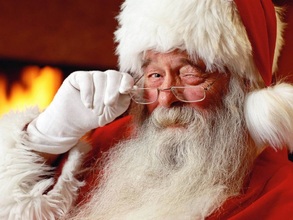 There Really is a Santa Claus - History of Saint Nicholas & Christmas Holiday Traditions - a beautiful and informative book.

Also please see additional links below for more on history and traditions, Christian and non- Christian. 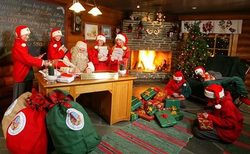 Here's a fun idea for what could be a serious project focusing on not only history and tradition, but Service Learning and Entrepreneurship!

Take inspiration from the Elf  Academy at the Lapland Vocational College in Finland!

People dressed as elves post marking letters with the stamp from Santa Claus' Post Office on the Arctic Circle near Rovaniemi, northern Finland.   Customer service, story-telling, nature studies and wilderness survival are essential skills for any elf worthy of the name. Anyone who aspires to a job as a Santa's helper can acquire them at a new Elf Academy in Rovaniemi, 2,600 km (1,600 miles) from the North Pole, which Finland claims as home to the 'real' Santa Claus. The Christmas season contributed about one-third of the region's 2006 tourist income of 540 million euros (387 million pounds). Many people arrive on a day-trip to visit Santa, learn to drive huskies, taste local delicacies and -- with luck -- glimpse the Northern Lights above pine trees fat with snow.

Why not expand on this idea and make the elf shop multicultural? 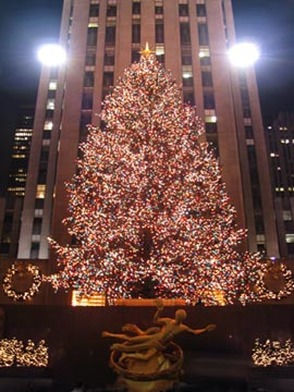 December Celebrations - a Multicultural StudyThis unit is one that was actually designed at one of our workshops.  Normally the teams that develop units are from the same school, but this group was an eclectic team if there ever was one!  We had an elementary teacher, a middle school music teacher, two high school teachers (teaching philosophy, theology, math and science),  a district curriculum director, and a district superintendent.  They were from Hawaii, Oklahoma, New Mexico and California.  They planned an excellent interdisciplinary, thematic unit.

Their theme was "December Celebrations", and they designed a unit in which the students would examine the four major celebrations of December/Winter/Holidays:  Ramadan, Hanukkah, Kwanzaa and Christmas.  The students examined and studied these celebrations through all the disciplines, and their final product was a stage production which was to be a fundraiser.  It was to be presented at the local Fine Arts Center, and local businesses were to be involved in the production, from advertising to final production!  It was an incredible, exciting project that they planned to actually implement in their communities.  Does this give you any ideas? 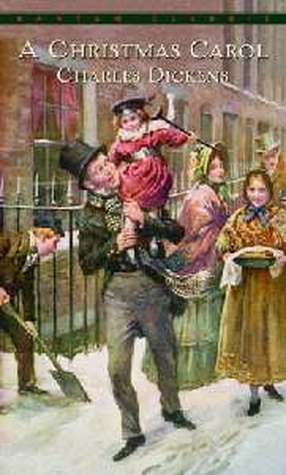 This is a unit that was planned and implemented with GREAT SUCCESS by the entire fifth grade team at a school in west Texas.  The team brainstormed the theme of Charles Dickens from every discipline.  After they completed their brainstorming of activities, resources, etc., they checked their state standards and found that nearly all of them were already there!  They were a little nervous, since they had not done anything like this before.  They had some concerns that the kids would go wild, that they would have trouble keeping track of everything, but it all worked like a charm.  The entire community was thrilled.  The kids loved it.  Discipline and motivation problems disappeared completely!  It was like a Christmas miracle.

Your students and your community would probably greatly enjoy this kind of project.  And you can tie in all the content standards easily.  If you need help, email me!

Dickens on the web 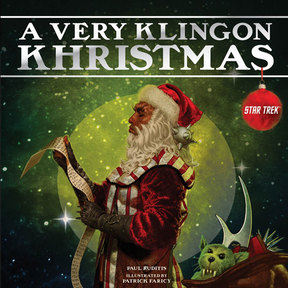 "This hilarious parody firmly plants Klingons at the center of the Christmas story—where they rightly should be—including everything from a Santa equipped with retractable claws, tribbles in the stockings of naughty Klingon boys and girls, and the spirited holiday warmth of a hot cup of mulled blood wine. Illustrated in a classic Norman Rockwell–inspired style, A Very Klingon Khristmas is the perfect holiday gift for every Star Trek fan!"

​Connected to Science Fiction, this could be a great jumping off place for a high-level, interdisciplinary PBL21 curriculum unit! 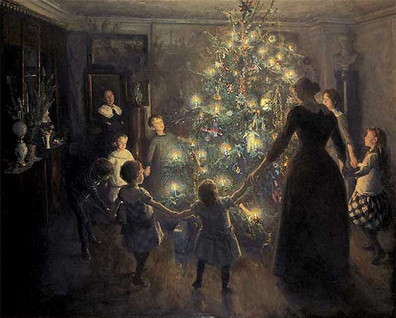 Some of the following resources I discovered on a Gifted and Talented web site, www.byrdseed.com, by Ian Byrd, a GT teacher.

From history of the holiday to the study of economics and ecology, here are some resources related to Christmas trees!

I love this amazing resource - The Christmas Archives by Countess Maria Hubert von Staufer,  See the About page.

Christmas Tree Traditions - from the University of Illinois Extension

The Environment and Christmas Trees 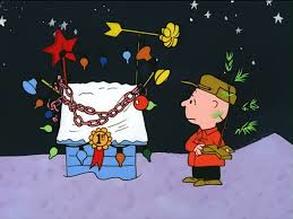 ​Christmas in the Media

How a Charlie Brown Christmas came to be.

Will be adding much more here, from favorite films old and new, to images in commercials.

Christmas Price Index:  Each year, the Christmas Price Index is used in classrooms as an entertaining, simple way to introduce basic economic concepts. The change in the prices of Christmas gifts, year over year, provides an excellent lesson on inflation and other economic trends. Plus, similarities to the U.S. Consumer Price Index make it a fun and easy way to study economic indicators.

What Is Boxing Day? (Feature)  History of Boxing Day including church alms boxes, date, and the Feast of St. Stephen.

Hanukkah (Feature)  The Festival of Lights

​Candy Canes - find out who made the first candy canes and why.  Then, extend into aa entire PBL21 unit - Candy - How Sweet It Is and Was!  Connections abound for every grade level and discipline!