You are probably familiar with the term “gold fever” (not the television show, but in reference to the California gold rush circa 1849).  Gold fever was the contagious excitement and frenzy of people rushing to California from all over the world, in hopes of striking it rich.
It seems to me that today there is a condition which we could refer to as “App Fever”.    Educators by the tens of thousands are flocking to conferences and workshops where they can discover more and more of these digital tools.  In 2012 there were over 45,000 education apps in Google Play and over 20,000 education apps in Apple’s iTunes. (2)   Who knows how many there are today?

Too many educators, from superintendents to classroom teachers, are celebrating the “integration of technologies”, i.e., using apps, proclaiming this to make their schools “21st century”.  The problem, however, is that in many cases these apps are doing nothing more than replacing a paper and pencil with a more expensive, albeit, more exciting, digital device.

The pedagogy remains the same.  In addition to my personal experience observing classrooms not only throughout the United States but in Turkey, India, Malaysia and Vietnam, I have expanded my research on this issue.  I have watched videos of classrooms which are celebrating having become 21st century.  I have reviewed web sites of teachers who claim to be experts and consultants for using apps in education.  They may know how to use the app, but frequently the examples offered on their web sites are more of the same, low level skills.

I hear the teachers saying that they are now raising the level of educational experiences in their classroom by having students practice “problem solving”, “creative thinking”, “critical thinking” and so on.  And they claim further, that the learning in their classrooms is now “personalized” and “project-based”.

This is obviously not the case, as the videos clearly show all students in the classroom using the same apps in the same way, at exactly the same time (unless they are in groups rotating though a series of 3 or 4 apps).  There is no problem solving, critical or creative thinking in sight; the apps, for the most part, are basic, low level exercises in which the students practice a very discrete skill or learn basic definitions and isolated facts.

And there is no evidence of project-based learning, demonstrating that there are widespread misconceptions about what PBL actually is.  (That is another article.)

Yes, the students love them.  Yes, they are digital. That does not mean that they are 21st century.

These can be excellent tools for enhancing learning if they are integrated into the curriculum properly.

However, far too often I have seen evidence of their full potential reduced to the equivalent of a worksheet.  It is still a basic lesson, but instead of paper and pencil it is digital and has beautiful colors, animation and sound which are, of course, very appealing to kids. And adults, too! 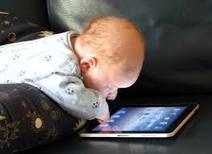 "Usage of mobile devices among children aged 0 to 8 years old has tripled in the past two years.  Now approximately 75% of children in that age group have regular access to these technologies."

​
This is not to say that students do not need to learn many of these basic bits of knowledge and skills.  The problem is that they are served up to our students as the complete curriculum rather than as the low level basics which enable students to engage in rigorous, relevant, real world curriculum.

It is true that students need to learn vocabulary.  For decades students received lists of vocabulary words; they were assigned to write the word and then the definition in their notebooks.  Usually these were simply groups of words taken from a language arts workbook or a spelling book.  There was no connection between the words themselves and anything else students were studying.  Just memorize them for the test.  Then forget them.

Today, as schools are beginning to integrate technology into the classroom students are given iPads, tablets or other devices.  They receive “the list” of vocabulary words.  Only this time, instead of getting out their notebooks, etc., as described above, the children are directed to use an app.  In other words, the same assignment, and the same learning goal, but the lesson is now digital instead of paper and pencil.

The tool has changed – the iPad replaces the pencil – but the learning goal has remained the same.  More importantly, when vocabulary (or other discrete skills or bits of knowledge) is taught this way there is no development of higher order thinking.  This type of activity, the vocabulary list, is on the two lower levels of Bloom’s Taxonomy – knowledge (what is that word?) and comprehension (what is the definition of that word?).

I am not saying that students should not use these apps.  They are wonderful for practicing basic skills.  They should not, however, be held up as the wonder of 21st century learning. 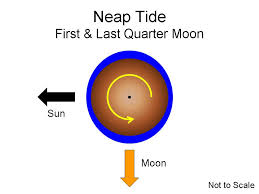 I saw a science "lesson", more like an activity, in a middle school classroom.  The teacher had created a multiple choice quiz, but instead of giving the students a paper/pencil quiz she took the time and trouble to create a QR code for each question.  She printed them out and placed them on the walls around the classroom.  The students then took their iPhones and went from one question to the next, used their iPhones to read the QR code, which was the multiple choice question.  For example, one of the questions was, "During which two phases of the moon do neap tides occur?"  As you know, this is a very basic, knowledge level question;  it requires no higher order thinking.

So the students had a good time going around the room, reading the QR codes. Then they checked the answer on their multiple choice digital quiz.  This was a serious waste of time for the teacher and the students.
​
Apps should be used to support higher level learning.  They should definitely not be driving the curriculum.  If the teacher needed to know whether the students knew these basic science vocabulary and facts, she should have just let them take this quiz either by paper/pencil or on their iPhones.  It should not take more than about 5 minutes.  Instead, valuable time was wasted by having students walk around the room reading the QR codes in order to answer basic, low level questions.  This was a misuse of the technology.
Unless the entire pedagogy changes the integration of the technology, or more accurately, the replacement of the tool, will not help students to develop and strengthen their abilities to be truly creative, critical thinkers, problem solvers, communicators or collaborators.  It’s just “more of the same”, but digital.

Some benefits will result from switching tools and not switching pedagogies – the students will be more engaged, and it is possible that they will recall more information for the test.
​
Educators must think clearly about the role of technologies in schools.  We seem to be experiencing a major epidemic of “app fever” or tech frenzy. Not only is it possible, but is more often the case than not, for a school to have the highest level of technologies available to all their students and still be a traditional, factory model school.
1.  http://www.quora.com/How-many-apps-are-there-in-the-Education-category-in-iTunes-and-Google-Play
​
2.  “Zero to Eight:  Children’s Media Use in America 2013”, a research study by CommonSenseMedia.org